AgraKepak, a worldwide export and trading division of Kepak Group, has been named Food & Beverage Exporter of the Year Award at the Asia Matters Business Awards.

The Asia Matters Business Awards recognise Irish companies who have achieved strategic success in Asia and Asian companies making a unique contribution to Ireland. In selecting the winners, judges looked for evidence of an innovative and well executed Asia specific strategic approach with clear business results.

AgraKepak’s award win comes after more than a decade of significant export milestones and an announcement in May that the business has signed a five-year distribution contract valued at €35m with China-based, food company Esen Agro Group.

Commenting on the award win, Kevin Ruane, Managing Director of AgraKepak said: “AgraKepak has been doing business in China and the rest of the Far East & South East Asia for over a decade. The growing importance of the Asian markets to our business led us to open our own office in China in 2016, and that office is now managed and staffed by Chinese nationals who intimately understand the needs of the Chinese market. Our China team has many years of experience in supplying the market with quality beef, pork, fish, lamb and poultry food produce and this award win is a testament to their hard work and dedication. We are truly honoured to have been recognised.” 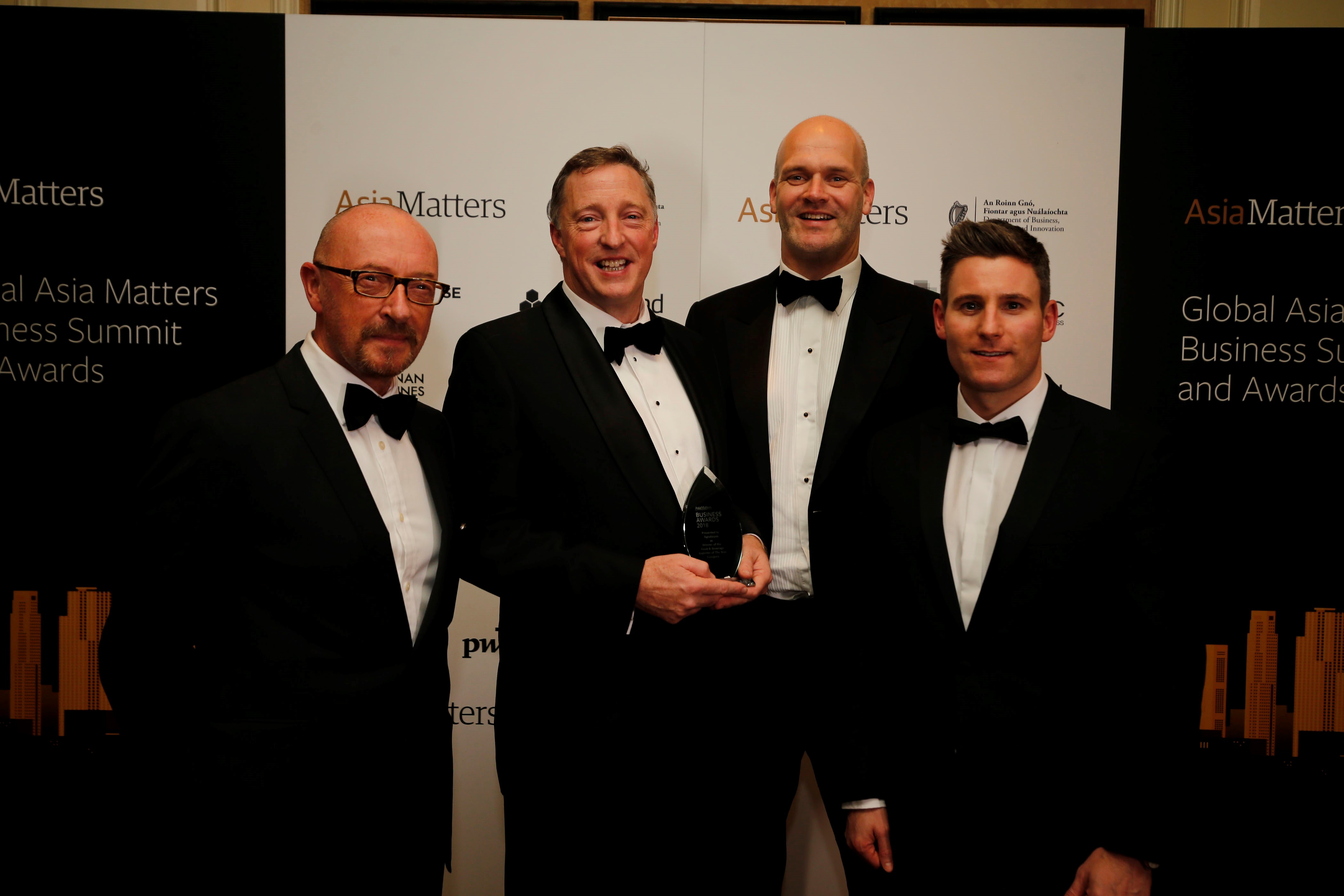 AgraKepak specialises in supplying meat and fish products to markets outside the European Union and have been doing business in China and Far East and South East Asia for over a decade. It was named Food & Beverage Exporter of the Year at Asia Matters Business Awards Winners of the Award at a Gala Dinner hosted by Grainne Seoige on 19 November 2018 at the Intercontinental Hotel, Ballsbridge.

This website uses cookies to improve your experience while you navigate through the website. Out of these cookies, the cookies that are categorized as necessary are stored on your browser as they are essential for the working of basic functionalities of the website. We also use third-party cookies that help us analyze and understand how you use this website. These cookies will be stored in your browser only with your consent. You also have the option to opt-out of these cookies. But opting out of some of these cookies may have an effect on your browsing experience.
Necessary Always Enabled
Necessary cookies are absolutely essential for the website to function properly. This category only includes cookies that ensures basic functionalities and security features of the website. These cookies do not store any personal information.
Non-necessary
Any cookies that may not be particularly necessary for the website to function and is used specifically to collect user personal data via analytics, ads, other embedded contents are termed as non-necessary cookies. It is mandatory to procure user consent prior to running these cookies on your website.
SAVE & ACCEPT